When Omaha was growing up, the intersection of North 16th and Cuming Streets used to be a POWERHOUSE of productivity in North Omaha. One of the businesses that made this intersection great was the Badger Body & Truck Equipment Company. Here is a short history of the company.

Here’s a bus made by Badger, built on a modified truck from the Omaha Ford Motor Company Assembly Plant across the street. And a slouching guy next to it with a flat straw hat.

Started in the late 1910s, Harry Rosenfeld founded Badger Body and his company quickly became a presence among the city’s vehicle manufacturers. Adding cabs to simple Ford truck, the company quickly began constructing delivery boxes, passenger bodies and many other parts. Their modifications allowed Fords to become more useful, versatile and accessible for farmers, small business owners and others throughout Omaha and across the Midwest.

This is a Badger thresher on a 1930s Ford, another example of their work.

Badger modified Ford trucks from the Omaha Ford Motor Company Assembly Plant across the street on the southeast corner of North 16th and Cuming Streets. In addition to truck modifications, they also manufactured farming and construction equipment. In the 1930s, Badger sold the Silver Dome Travel Coach, too. 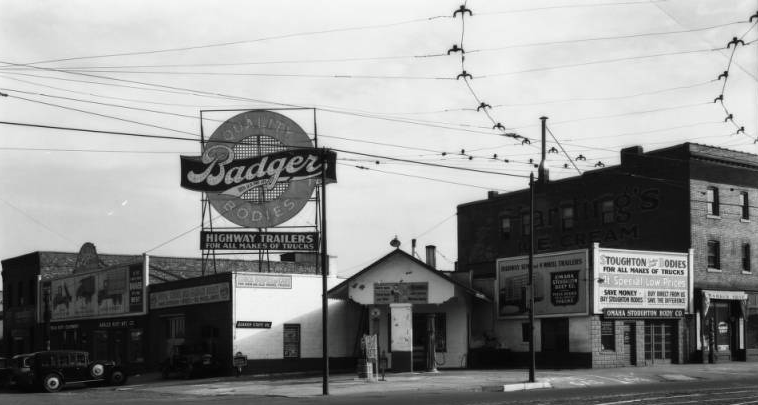 In this 1930 pic, you can see that Badger Bodies wasn’t the only modifier on the block. Next to that little gas station is Stoughton Bodies, which did similar work according to its sign. Badger clearly had a bigger shop though! 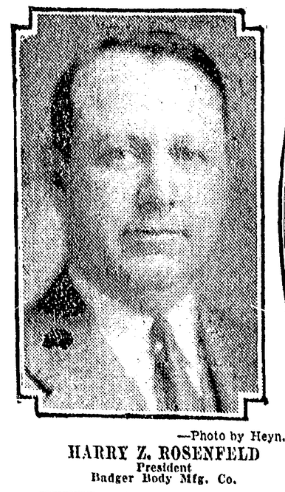 This is Harry Rosenfeld, founder and owner, Badger Body and Equipment Company, in 1924. 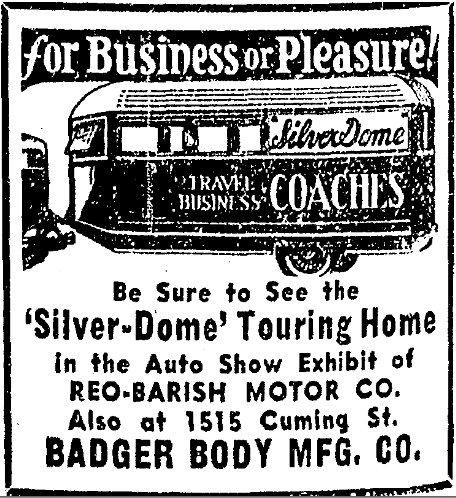 This is a 1934 ad for the Silver Dome Touring Home, for sale by the Badger Body Mfg. Co.